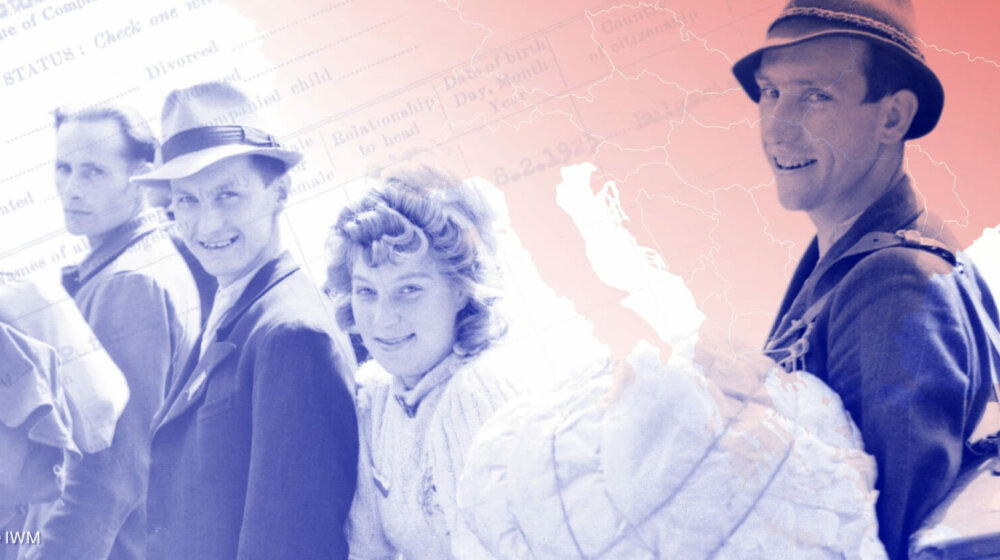 The period following the end of the Second World War was characterized by constant migration: people were on the move. Millions of former forced laborers and other people who had been uprooted as a result of the war – and who were now defined as Displaced Persons (DPs) – lived in various camps, returned to their native countries, or emigrated to the USA, Australia, New Zealand, and South America, or to other European countries.
The aim of the “Transnational Remembrance” project is to use specific examples to explore the wide variety of paths they took and to research the places connected with their migration. The paths of life of more than 1700 liberated East and West European forced laborers and other DPs can be traced online. The trails that lead from their places of birth through the places where they did forced labor to the towns they emigrated to form a network that spans the entire world. 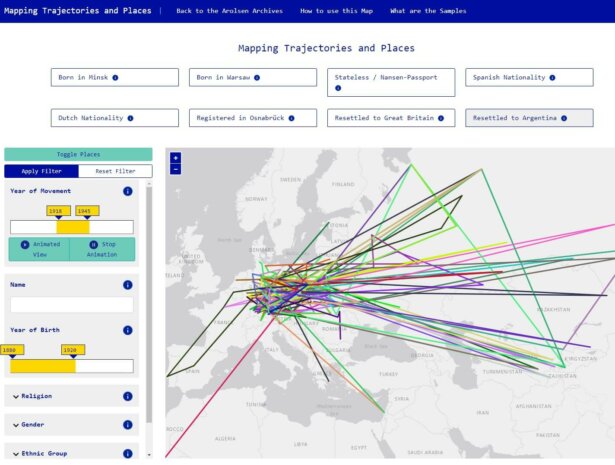 The Digital and Interactive map of the world and the integrated filters make it possible to view the paths traveled by individual DPs or by entire groups, such as DPs who were born in Minsk, for example, or DPs who emigrated to Argentina.

The Story Maps present the special conditions which surrounded the lives and emigration of specific groups of DPs. They throw light on the fate of Displaced Persons who emigrated to Great Britain, for example, or who received treatment for trauma. 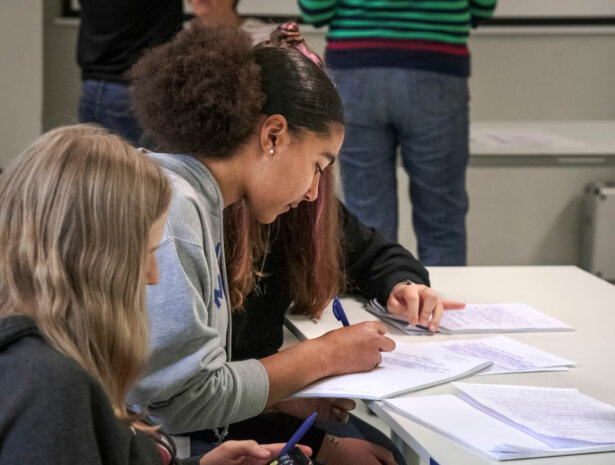 Forced labor and displacement deserve a place in the classroom and other educational settings. The educational material provides ideas for approaching these topics with students.

Get involved in “Transnational Remembrance”: Create your own Story Map on the fate of a former forced laborer or comment on the documents in the Online-Archive of the Arolsen Archives.

“Transnational Remembrance” is a joint project of NIOD Institute for War, Holocaust and Genocide Studies, the Institute for Migration Research and Intercultural Studies (IMIS) at the University of Osnabrück, History Workshop Minsk and the Arolsen Archives – International Center on Nazi Persecution. The project was financed by the Foundation “Remembrance, Responsibility and Future” (EVZ).

The NIOD Institute for War, Holocaust and Genocide Studies conducts academic research into the effects of wars, the Holocaust and other genocides on individuals and society in the 20th and 21st century. NIOD also collects, manages, opens up and makes accessible archives and collections about the Second World War.

The SocialGIS workgroup is connected to the Historical Department and the Institute for Migration Studies and Intercultural Research (IMIS) at Osnabrück University and centers around the Chair for Modern History and Historical Migration Studies. We explore new ways to visualise and analyse historical processes based on time- and georeferenced mass data, often from biographical datasets and often with regard to mobility and migration.

The History Workshop “Leonid Lewin” works with survivors and other witnesses of the Holocaust and World War II, using the historic site to engage them and a wide and diverse audience in the form of public conversations, interviews, and other encounters. We strive to preserve the memory of wartime experiences and make it available for future generations and thus contribute to a European culture of remembrance.

The EVZ Foundation was established in 2000 to compensate forced labourers during the period of National Socialism. Since 2001, the EVZ Foundation has also been providing humanitarian aid for survivors, promoting critical examination of history and strengthening civil society involvement in Central and Eastern Europe.

The Arolsen Archives are an international center on Nazi persecution with the world's most comprehensive archive on the victims and survivors of National Socialism. The collection has information on about 17.5 million people and belongs to UNESCO's Memory of the World. It contains documents on the various victim groups targeted by the Nazi regime and is an important source of knowledge for society today.

Please contact us if you would like to add an individual Story Map on a person you are related to or on someone you have researched. “Transnational Remembrance” is supposed to grow and contributions are more than welcome. Feel free to contact us if any questions arise.